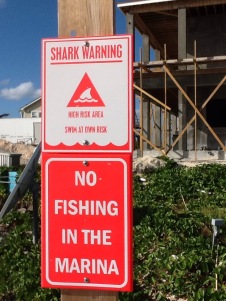 We are currently tucked into a slip at the Flying Fish Marina in Clarence Town, Long Island. When we departed Georgetown, Exumas, we were officially heading out of the Exumas as well as leaving the main cruising grounds favored by boaters when they envision a trip to the Bahamas.

On our trip south from George Town, we had another geographical milestone when we crossed the Tropic of Cancer (the latitude demarcation denoting the furthest north the sun travels in the summertime) at 23°30.000 N. We are officially now in “The Tropics.”

From here on, we will be in an area that is primarily a route to and from the Caribbean. That said, Clarence Town is justifiably a destination worth visiting even if you were not transiting to points south.

The town is famous for two skyline churches designed by Father Jerome. Father Jerome was a priest, trained as an architect at the end of the eighteen hundreds. He arrived in the Bahamas in 1908 with the mission of building church structures stout enough to withstand the force of the many hurricanes that have hit the islands. As such, all of his churches are made out of stone and are quite imposing and impressive.

The locals take great pride in their quaint island community and we found them all welcoming and always willing to lend a hand to a stranger.

The marina here is a first rate facility that caters to large sport fishing boats that ply the waters between here and the Turks and Caicos. Each day we have been here, we have seen several 75′ plus Hatteras and Viking Sport Fishing boats come in and take on 1500- 2000 gallons of fuel each.

While here, the crews from the boats have been cleaning their catch at the dock and that has provided us an opportunity to once again be entertained by the shark population indigenous to these waters. The sharks that we saw in the Exumas were a mix of primarily nurse sharks with a few black tip and lemon sharks, but here it is a different story. We are seeing almost exclusively bull sharks and they have put on quite a show for us as you can see in the video below.

They are so aggressive that when we accidentally dropped the end of our hose into the water a bunch of bull sharks hit it and shredded it instantly! When the next weather window presents itself we will continue our journey south and will post again from the Turks and Caicos. 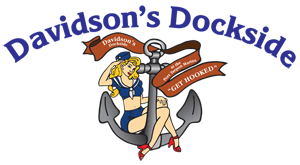